There’s a pocket of space on each side of my bed that I can only describe as a “magazine hole.” I’m not sure what other purpose a semi-secret, definitely permanent pocket next to your bed might serve.

It’s too big for TV remotes, too obvious to “put your weed in there,” and too small for my pink, furry monster foot slippers. (Those are in the closet in a place of honor, as they should be.)

I live in a motorhome. Bookshelves aren’t a thing, and weight is an important consideration when your habitat is on wheels. So I throw stuff in those crevices I don’t have room for, like books people buy me.

Among the books in the sinkhole by my bed is a pad of Arches watercolor paper. It’s hot-pressed, 100% cotton, and not cheap. It would take paint like a champ, and anything painted on it would last a long time on its acid-free pages.

I’m terrified to use it, and any time I think about that paper, my inner critic goes on a defcon-5 level tirade against the idea.

“Your art isn’t good enough for that paper!” he sneers.

“One sheet of that paper costs $2. Do you really want to mess it up?” he cautions.

“If you use that paper, the art you put on it has to be good enough to sell.” he pleads.

On and on my brain quibbler goes about that damn paper. And so it sits in the magazine hole like some sort of cursed treasure. And my art practice stagnates, desiccated and dusty like the mummified corpse that’s sure to be in the same tomb as the treasure.

Until I bought a shitty sketchbook on Amazon.

The sketchbook has good reviews. It has a pleasing, rough texture on its gray exterior and a convenient receptacle for loose pages or pencils on the inside of the back cover. It came with a chili pepper red ribbon bookmark. It’s a great size that can be thrown in a bag or purse. It’s for watercolor, and I got two, 68-page books for just under $30.

I hate these sketchbooks.

The paper mocks me. Every time I try to use watercolor on it, it runs and bleeds. The pages bend and warp, and the rough texture of the paper seems to make it prone to staining.

But that’s exactly what keeps me coming back to it.

The Pressure is Off

My vampire voice now has someone who isn’t me to blame when I make art that isn’t up to his impossible standards.

It’s not Nicole who sucks, it’s that damn sketchbook!

Gone are the days of the inner critic shaming me for spending money on my art practice. If I make something I don’t like on a page in these sketchbooks, I’m out an entire 20-some cents.

He’s even convinced himself that creating art in the Amazon-acquired sketchbooks isn’t a waste of time, so he’s stopped buggering me about that as well.

At 68 pages a piece, I know I’ll eventually make something I like. My inner critic, who never has anything nice to say, knows I can’t possibly screw up 136 pages. That’s a time and money bargain in his opinion.

The float valve on my art pressure cooker has been flicked to vent, and that has me creating again. The toilet paper pages of my bargain bin sketchbooks have allowed me to paint and draw everything from fish to pumpkins to trees to abstract art and a lot more.

Some of the art I like, and some of it I don’t. None of it matters. Over and over again, I brought something that was inside me out into the world. It’s a fallen icicle of creative momentum that’s sure to become an avalanche.

It Forced Me to Explore New Mediums

In addition to being a digital artist, I love watercolor. I’m entranced by its transparent, imperfect nature. I embrace and encourage blooms, and I enjoy water-soluble tools like Tombow Markers and Caran D’ache crayons. There’s something meditative about pushing around pigment with water.

None of that shit rolls with these sketchbooks. Oh, you only wanted the paint to go where you put the water? Middle finger to that nonsense, says the pages.

Responding to these unwelcome restraints, I busted out other art supplies. I tried different mediums together. I used things I didn’t think were an art making thing, like highlighters.

Tombow markers with *gasp* no water.

It Pacified My Inner Critic

My upstairs inspector thinks a sketchbook is safe. If I make something I don’t like, the sketchbook is a dumpster and my art is trash. That’s a great trade-off in his mind. Trash belongs in a dumpster, after all.

And I don’t have to show anyone what I make, which is something that really aggravates the stew out of my inner critic. If someone happens by while I’m working in my sketchbook, I can slam it shut before they have a chance to comment on what I’m making.

The asshole voice over my shoulder is silenced when I create art in these cruddy sketchbooks, and that will give me the guts to mollify it the next time I try to make “real” art on expensive paper.

“Hey, inner critic, remember all those times I painted in my sketchbook and made something I love?”

“Thanks for trying to protect me, but I’m going to make art now and everything will be fine.”

I wanted to be frustrated by my lousy sketchbooks. I wanted to lament money wasted. I wanted to quit, to allow my perfectionism to only let me create in ways my inner critic deemed safe.

Second-rate art supplies were the salve my burned out creativity needed. It brought back the joy of creating just for creating’s sake. It released me from the expectation to make something good, to monetize everything, and to seek permission and approval for my art practice.

I’m a Tucson, Arizona-based writer and artist. My work combines nature, bright colors, and a hand-drawn feel. My inspiration comes from the Sonoran Desert and my weird sense of humor.

My backyard is the wild west and I love driving my Jeep up mountains. I live in an RV with my husband, and when I’m not writing or creating, I enjoy knitting, learning web development, and playing video games.

In addition to creating art, I love creating content that helps those facing creative discouragement create more, share more, say more, and make more. If that sounds like your jam, head on over here to be email friends with me.

This site uses Akismet to reduce spam. Learn how your comment data is processed. 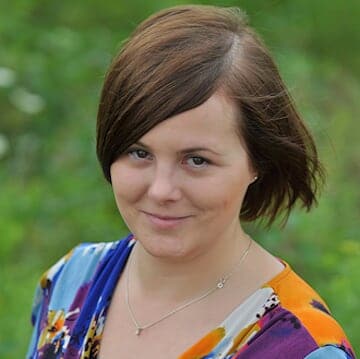 I’m a Tucson, AZ based artist and writer. My work combines nature and a hand-drawn feel, and my inspiration comes from the Sonoran Desert and my weird sense of humor.

On my blog I share my creative process, my struggles as an artist living in a small space and whatever is teaching me something or holding my interest at the moment.

You can learn more about me and my work here.

Sign up to get the latest on new content, upcoming designs, and new items added to my shop.

Send this to a friend